Art of the day by Samson Pollen

Art of the day by Samson Pollen

We were recently asked to scan a painting that had been in a family collection for many years. We often get hidden gems like this in our line of work.

This painting was reminiscent of Norman Rockwell, and we researched the artist and talked with the client about the piece. It was done by Samson Pollen while he was a cook in the Coast Guard. Samson Pollen would later build a career as an illustrator, and was probably best known for his many Pulp Fiction book covers.

The boy in the picture was a 10 year old Peter Howe, the son of the base’s commander. The painting “Spinning the yarn” portrays Niels F. Larsen, a sailmaker at the base. The painting ended up in the possession of the Howe family, and was brought to us by his daughter.

We were delighted to find out that the owner of the painting, Theresa Howe, was in touch with the wife of the late Samson Pollen, and ordered her a full sized canvas print. 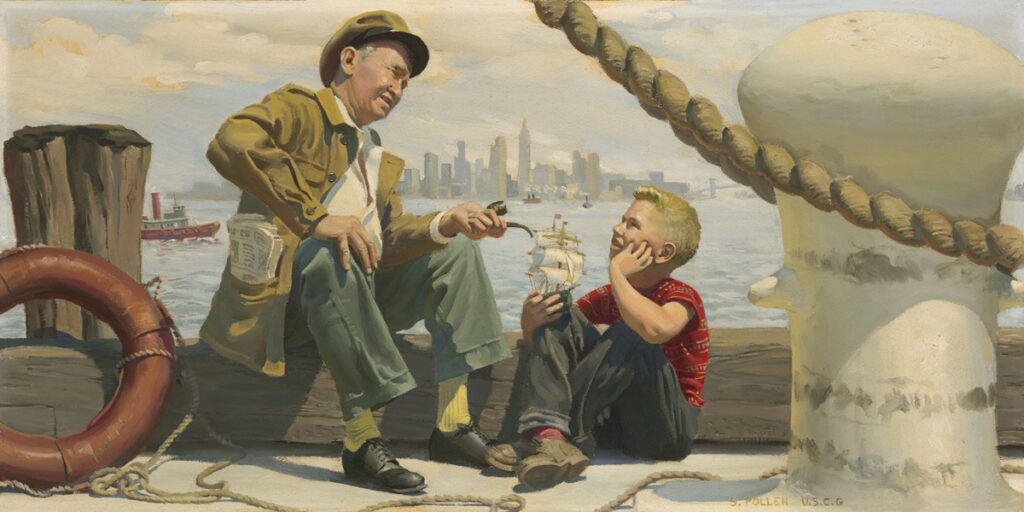 Spinning the Yarn by Samson Pollen

Samson Pollen has a fan page on FB at: https://www.facebook.com/SamsonPollen